Delhi, January 27: In a border that cuts through the north Indian state of Uttar Pradesh and the Indian capital of Delhi, a policeman guided my car through iron and concrete barricades.

On January 26, Republic Day in India that culminates with the parade on Rajpath (translated into English as “King’s Way” or the Royal Path), there is here a sense of elation, and yet one of foreboding.

Over the past few days, it was heard that the farmers’ protest would spill over into the king’s way. Tractors would try to roll in.

Delhi Police put up roadblocks. Passengers, drivers and others, some of them journalists, were stopped. Reporters too had to prove their identity and convince security that they were there to document it all. Many were turned away.

The policeman spotted me as I tried to navigate my way through. “Sirji” he said, “Aap toh jaane pehchane se lagte ho.” I too knew him, from North Block on Raisina Hill, the seat of India’s government. I have covered it for many years.

The ITO is a busy intersection in Delhi, named after its prominent landmark, the Income Tax Office, and it is the headquarters of Delhi Police. Large numbers of protestors left the borders at Ghazipur and gathered there. They were on the way to Rajpath or perhaps the Red Fort, the route through which the Republic Day parade passes. Protestors were stopped at ITO. They clashed with police. In the violence a 26-year-old youth died and many were injured. Police say that the young man died when he lost control of the tractor he was driving and it overturned. Protestors claim that he was shot dead. He was a farmer from a village in UP who had migrated to Australia and had recently got married. Apparently his wife was still there. He had come to India on a visit and was taking part in the farmers’ protests. His dead body was placed in the middle of the road by fellow farmers and covered with a blanket. They waited for his father, also a farmer, to arrive.

The drive from Ghazipur to ITO crossing, under ordinary circumstances, would take place without too many twists and turns. On Republic Day there are many detours to take. Roads, lanes and bylanes have been blocked with concrete bricks, shipping containers and public service buses.

On January 26, Republic Day, ironically, the public is not serviced.

Did the John Deeres and the Sonalikas make it to the parade? Or did they lose their way? As many did.

Watch this space for more on that. 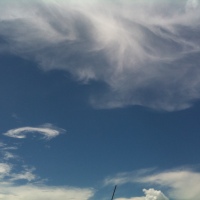 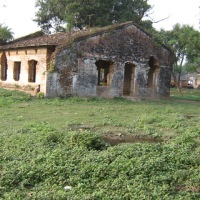 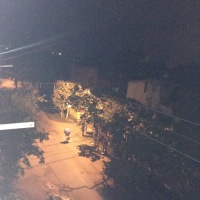