In this series of articles, Cuckoo News documents the revival of a musical genre, Bangla Khayal, by a musical genius, Kabir Suman.

“Electric,” is how a fan of Kabir Suman describes the live performances of the musician who ushered in a new era in Bengali music in the 1990s. With his extraordinary tunes synced to everyman and everywoman lyrics reverberating through a charged atmosphere, “his concerts were magnetic, keeping us riveted,” he said. Journalist Joydeep Sengupta adds, “Who else could come up with lines like, ‘Shaap-ludo khhelchhe Bidhataar shonge?’” He is referring to Suman’s song, “Pagol” or “Insane” in which the protagonist vagabond is “playing snakes and ladders with God.”

Three decades since and Suman, who has synced himself with the changing times and technology, has transported the magic of his live shows to the cyberspace, enthralling audiences with online presentations. This does not just include his hugely popular Facebook live shows but also his YouTube channels. “Beje otha Smriti” is, as the name suggests, a replay of musical memories, revived and rejuvenated, episodically, with fresh energy. Very much like his endeavour to rekindle the ancient, almost faded-into-oblivion, Bengali Khayal.  In a recent episode, Suman returned to a forgotten era with a remarkable rendition of songs which he played with the mouthorgan, a reflection of his incredible versatility.

Recently Suman was hospitalized in Kolkata with complaints of severe breathlessness, giving his friends, family and fans a scare. Fortunately – “our fervent prayers were divinely answered,” says one of his associates – he recovered and returned to his creations of bandishes (compositions) in Bangla Khayal. Indeed, what must be emphasized is that as a composer, Suman’s creations today are almost solely in “Bangla Khayal” the genre he has been actively riving for the past decade. “I live only for Bangla Khayal,” the bard reiterates over and again. One of the latest is a soulful song in Raag Lalit, which treads the time and space between night and daybreak. “These days I only practice in the lower octaves,” says Suman. That does not take away from the depth. It only accentuates it. Here is a link to the song.

Many of his video and audio clips are sprinkled with high doses of his signature, sardonic humour. “Jara ekhono niret hoyey janni,” he says during a recording. It means, “This song is for those who have not yet completely lost it.” Lovers of his live shows are known to break into peals of laughter during his performances. High art that is Hindustani classical music, which in this case is Bangla Khayal, and humour. What an electric combination.

And for lovers of his live shows, there is good news yet. This Christmas, Kabir will perform at Kolkata’s Kala Kunj auditorium. For those who wish to book online, here is a link. 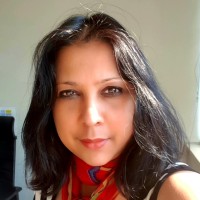