Apu, the Road, and Sixty Years

Apu’s story, in Bibhuti Bhusan Bandyopadhyay’s epic novel, did not end where Ray’s trilogy, based on the book, did. He lived on. And now he returns. In this series of articles, Cuckoo News documents it.

Arjun Chakraborty as Apu and child artist Ayushman Mukherjee, who plays his son in the film Abhijatrik.

One evening late last year in Calcutta, while having dinner with his friend, filmmaker Madhur Bhandarkar, who was on a visit to the city, producer Gaurang Jalan brought up the topic. “I told Madhur that Subhrajit Mitra, a director with whom I had worked on two documentaries, had a brilliant idea for a feature film.” He wanted to make a movie on the concluding part of Aparajito, the epic novel by Bibhuti Bhusan Bandyopadhyay, one of the giants of Bengali literature. Of course, Satyajit Ray, one of the giants of Bengali and world cinema had turned Bandyopadhyay’s masterpieces (Pather Pachali and its sequel Aparajito) into iconic films, known collectively as the “Apu Trilogy”, which have come to be celebrated around the world. But a little known fact is that the original story did not end where Ray’s films did. The celluloid version of the story remained incomplete all these years and Mitra wanted to complete it.

Bhandarkar was intrigued. Jalan, who had already been discussing the project with Mitra since 2016, called him on the phone and asked if he could come over and join him and Bhandarkar for a discussion. He did. That same evening they decided that Abhijatrik (“wanderlust”) would be made.

A few months on, the film is now ready for release. “Fortunately, we wrapped up shooting by March this year, before the lockdown started,” said Jalan, whose production company, Gaurang Films produced the film with Bhandarkar’s company Bhandarkar Entertainment co-producing the project and NCKS Explorations, working on it as associate producers.

The scheduled release date in Indian theatres is another couple of months way. So, the filmmakers are hopeful that large theater screenings will not be adversely affected by pandemic-related restrictions on public gatherings, which could ease somewhat by then. However, according to the producers, other post-production and pre-release activities, including screenings at various international festivals and competitions, have suffered to some degree. “The ban on travel and really the panic associated with the virus itself has thrown normal life out of gear around the world, so there have been postponements and delays not just in our profession but everywhere,” says Jalan. However, things are gradually limping back to normal and the film is scheduled for a series of competitive screenings at different prestigious festivals beginning later this month. This includes a showing at Marche du Films, the film market at Cannes, to be held between June 22 and 28. “We have entered the film at 23 festivals including the honorary Venice International Film Festival,” says Jalan, adding, “The response to the film at these festivals is important in assessing ourselves, and we are indeed anxiously waiting.” However, he says, the very fact of being associated with a project such as this is, in itself, an extraordinary experience. Not just because it is based on a story by the literary genius, Bibhuti Bhusan Bandyopadhyay, whose plots and characterizations are exquisitely nuanced, making the filmmakers’ work extra challenging, but also because of the pressure to live up to the inevitably high expectations of being a sequel to the works of the cinematic genius, Satyajit Ray.

“It could be daunting if you allow it to get you,” the director Mitra says, “but you have to dissociate yourself from all other considerations and concentrate on your own work. I was intrigued by Bandyopadhyay’s story and inspired by Ray’s work, but ultimately for me it was a deeply personal involvement.”

Mitra sensed in that unexplored part of the story an urgency to be retold in the language of cinema. Confident that he is “influenced” by Ray but not “imitative” of him, the director says that the interpretations are necessarily his own and unique.

The film takes off from the point of the story, where Ray’s ends. Ray had explored the life of the protagonist “Apu”, a boy from a poverty-stricken but upper caste Hindu Bengali family, growing up in the village of Nishchindipur, from his childhood up until his marriage, the death of his wife at the time of the birth of their son, his abandonment of the child and subsequent acceptance of him.

Mitra’s film deals with the growing bond of love between Apu and his son and their wanderlust.

The film, black and white and in Bengali, like Ray’s, was just waiting to be made. Since 1959, when the last part of Ray’s deeply sensitive depiction of the character of Apu came out in theatres and touched hearts, audiences’ emotional attachment to the character, who is generally thought to be substantially autobiographical of Bibhuti Bhusan Bandyopadhyay himself, has only grown stronger.

That Apu can be seen again on the big screen, traveling the country and some of the world with his son, and meeting a wide variety of fascinating characters along the way, is a delight well worth the sixty years’ wait.

(To be continued…. next in the series, we explore the experiences of the director, writers, cast and crew who were part of this unique project. What was it like for Arjun Chakraborty to be playing Apu, who is inextricably linked in our minds to the legendary Soumitra Chatterjee, who portrayed the adult Apu in Ray’s trilogy? Same question for the other characters. And much more. So stay tuned.) 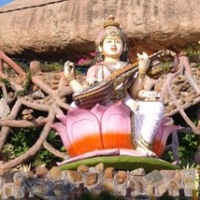