Covid-19: Yet Another Cue to Reassess How We Relate to Nature?

“Don’t worry, Auntie” the young man said, chuckling. He was standing in the kitchen clearing soot from pipes in the chimney, as part of the annual maintenance service provided by the home appliances company he works for.

It was late February. Less than a month had passed since India recorded its first case of Covid-19 on January 30. Neither the pandemic, nor the panic had yet spread to different parts of the country. And in Calcutta, which recorded the first incidence of a positive case on March 18, it would not arrive for another month or so.

But news of some strange new virus, of the Coronavirus family, which had reportedly originated in Wuhan, China and which was subsequently infecting people around the globe, had been trickling in. It was enough to raise concerns amongst the city’s health conscious residents, who likened the new viral attack to earlier epidemics caused by other members of the Coronavirus family like SARS (Severe Acute Respiratory Syndrome) or MERS (Middles Eastern Respiratory Syndrome) and started to take precautions such as washing hands with soap and water at regular intervals. In recent times, a host of other sickness scares have made the people of the land wary. There were several bouts of the Avian flu (H5N1 influenza virus), followed by the Swine Flu (H1N1 influenza virus, the same one that caused the Spanish Flu pandemic of 1918-1920), followed by…..the list goes on… especially if you want to count the various bacteria and parasites that have caused (or have been anticipated to cause) outbreaks.

The homemaker, sitting at the dining table from which one could get a clear view of the inside of the kitchen, took a long sip from her cup of tea, but hesitated before taking a bite of the cookie.

She looked at the young man, who was now taking a handkerchief out of the pocket of his trousers and wiping his greasy hands with it. She expected him to squeeze some detergent into his palm, from the liquid soap holder nestling on the windowsill at the other end of the kitchen sink, turn on the tap, run the water and rub out the grease and (hopefully) any microscopic viruses which God-forbid could be lurking on his finger tips.  But to her horror, he did not. As he was about to reach for his own cup of tea, kept for him on the counter, beside a plateful of biscuits to be had during a short break from work, the householder hollered.

“Aren’t you going to wash your hands?,” She asked.

“But you go from people-to-people, door-to-door, house-to-house. Haven’t you heard the news? Another virus is doing the rounds. If you don’t even wash your hands before touching food…..”

“Don’t worry, Auntie” said the young man, chuckling, cutting her short. “Remember, we live in Calcutta.  We know how to coexist with viruses.”

The young man’s tongue-in-cheek remarks highlight a disturbing fact: that citizens of cities like Calcutta are not just accustomed to the idea of cohabiting with mosquitoes and other vectors of zoonotical diseases (like dengue or malaria, which are transmitted from animals such as pets, livestock, or pests, to humans) but they seem to consider themselves inured to new diseases, because of their prolonged exposure to disease in general.

Unfortunately, however, infectious diseases don’t really work that way. Yes, you might have a strong immune system, but you don’t usually develop immunity to ALL things, just because you are inoculated against some. Also, we don’t exactly “co-exist” peacefully with dengue or malaria, as mentioned earlier, do we? People routinely get very sick from these pathogens. These diseases are rampant in Calcutta — it wouldn’t be so if we were all walking around immune to them.

The novel Coronavirus has proven to be a tough genetic code to crack for those studying it, trying to develop treatments and ultimately, a vaccine. Even in hot, tropical regions like Calcutta, where the virus is thought to be less resilient, Covid-19 seems to be active.

After it spread in the city and the rest of the state of West Bengal, the novel Coronavirus has infected a few hundred people (the official number of cases as on April 30 being 572) and caused the deaths of over thirty people (the official number as on April 30, being 33). And so, much like the rest of the world which has been caught by surprise by the virulence of Covid-19, Calcutta too finds itself searching for a solution.

In the midst of the brainstorming that is taking place as governments and healthcare organizations and medical science experts around the globe get together to try to dig us out of the pandemic into which this virus has plunged us, the entire world’s ears perhaps ought to be tuned in to what environmentalists are saying and have been saying.

He could not overemphasize one point: disruptions of ecosystems and indiscriminate interaction between humans and animals, including for consumption of wild animals as food, posed huge threats.

Indeed, if policymakers had listened to such caveats, the novel Coronavirus might not have reared its ugly, crowned head in the first instance.

Covid-19 might be just another outcome of human callousness toward the earth and how ecological processes work. This callousness – like the resigned acquiescence of those who “coexist” with dengue or malaria and are convinced that their immune systems have grown resistant to all infections – has become chronic.

Perhaps the way to counter outbreaks like Covid-19 is for humans to coexist harmoniously with nature. And that harmony might entail not always enmeshing ourselves with other creatures and their habitats… but sometimes just leaving them alone. 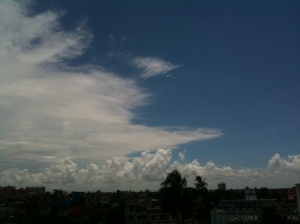 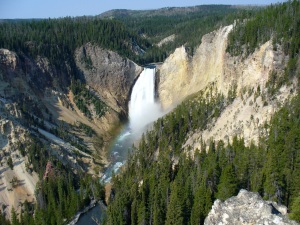 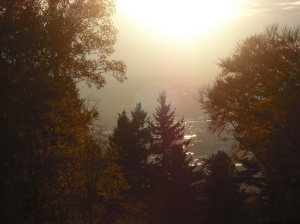 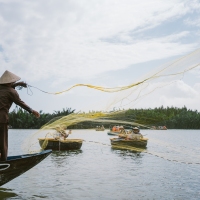 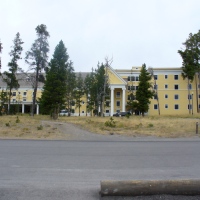 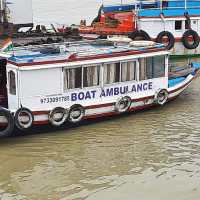 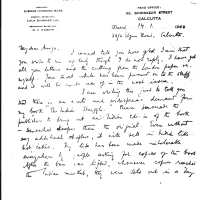 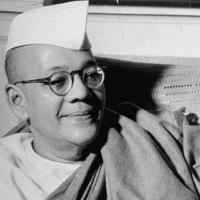 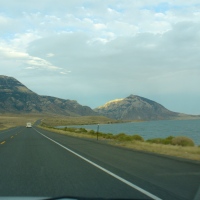