In this series of articles, Cuckoo News documents the revival* of a music genre, Bangla Khayal, by a musical genius, Kabir Suman. 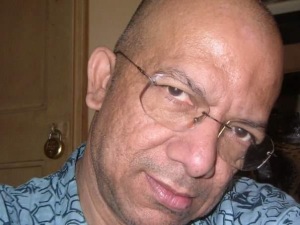 It’s 8:30 in the morning on a dazzling day in June. Sunlight streams through windows doors and balconies, flooding rooms of a suburban house in the outskirts of Calcutta. A musician closes his eyes. And listens. If he hears sounds of anklets, they emanate from the rhythm of his heart. Because no one is there. “Would anyone come to me in these times of corona?” the poet murmurs under his breath, humming the words, chuckling mildly. “And, in any case, there can’t be anklets,” he sings, shaking his head, as though in an amused trance. “Didn’t you know?” He sings. “Wearing of jewellery is forbidden now. Not even watches please.”

This is Kabir Suman, musician and poet, composing a song in the genre that he has created over the past decade:

It is a milestone in modern music.

Traditionally, songs of the musical genre of “Khayal”, which dates back to the 1700s (or even earlier, according some accounts), when the Moguls ruled, have been rendered in a number of languages, chiefly Urdu. But never in Bengali, the rich and sweet mother-tongue of Kabir Suman, who is a lover of language and the lyrical use of it. “It was unbearable to me that ragas were never introduced to the seductiveness of Bengali,” says Kabir.

The idea of creating Bengali Khayal had been simmering in his heart, mind and soul. “It was gnawing at me, in fact.”

The key function of Khayal is to create atmospheric beauty through audio renditions of “ragas” or musical notes arranged in a variety of permutations and combinations. The significance of the lyrics, called “bandishes”, which are short, pithy four to eight-line-poems is to enhance the beauty of the ragas. If the permutations in which the musical notes can be arranged are limitless, so are the ways in which words can be combined to accentuate them. The lyrics can evoke epic stories of gods and goddesses or conjure up the intimate romance of waiting for a lover’s return from long absence.

Today, Kabir is writing about the soundlessness of missing anklets on the feet of someone who is not there. “Nupur nei je payey bajbe ‘runjhun’” he sings. “But then, if she were there, the heart would dance anyway.” So what need of nupur or anklets anyway?

The lyrics come to him while he is deeply immersed in his in “riyaaz” or the practice of ragas. The beauty of the tunes attracts the words, as it were.

In this state, the composer dwells in the transcended space beyond the senses of sight or scent. The only touch he feels is fingers strumming the strings of his tanpura. He tastes the inexplicability of “happiness”. The senses are in suspension and he says, “This is the most creative phase of my life.”

Today he is spending time with “Chhayanat”, the raga that he has avoided since childhood. “Oh, that’s because of the inherent insidiousness,” Kabir says, delighted by the difficulty of dealing with “her”, as though Chhayanat was a spoilt mistress.  “All those treacherous tendencies…..you know, how she flirts with Alahiya Vilaval, so stealthily.”

He has ventured into her domain on the gentle persuasion of a friend, a fellow musician.

Chhayanat, which conjures up images of “shadow” (“chhaya” meaning “shadow”) is an evening raga but Kabir says that she holds on to him morning and night. “She just won’t let me go. I am bound. Captivated. Chhayanat will not let go of me.”

In fact, Suman has been spending the whole of lockdown weaving his Bengali bandishes around Chhayanat.

Kabir’s experimentation with the unconventional has extended to the use of technology to augment the way Hindustani classical music is consumed.

Online musical programs have long given stiff competition to live performances. With the advent of the coronavirus, it has virtually (puns intended) established a monopoly. And Kabir, much like his deft blending of bandish with raga, has synthesized technology with tradition.

He creates short audio clips of renditions which are packed with the power of a live performance. It includes chit-chat of a guru imparting knowledge of the movement of specific ragas with the asides and the besides. It offers serendipitous glimpses into the twists and turns on the way up the musical scale and the slippery slopes down.  “Watch your step…..there is a curve. Careful.” All this, while Chhayant is hummed in the background, often accompanied by one of his musical instruments.

That of course, is all part of the introduction. The “alaap”. Then Chhayanat emerges on to the stage, for the main performance. Kabir’s voice, rich and riveting, is testimony to the twelve-hours-per-day training since childhood.

Kabir Suman’s renditions of the ragas in Bengali bandishes in these short snappy sound clips, sprinkled with humour and happiness are heavenly. To die for.

But will Chhayanat ever leave him? We will know, with time.

(*Editor’s Note: During the publication of this series, Kabir Suman, the musician whose work in the musical genre of “Bengali Khayal” is the focus, pointed out that it is important to highlight the fact that he is not the “inventor” of this particular tradition and that there have been renditions of the Indian classical form of Khayal in the Bengali language earlier too and that his role is that of a revivalist rather than a creator. Those who credit him for “creating” the genre, however argue that inherent in the idea of “creation of a genre” is the endeavour that involves bringing to the fore lost art, infusing it with new creative energy and elements, organising and interpreting it into a composite whole.)